Failure to Launch was a 2006 American romantic comedy film starring Matthew McConaughey and Sarah Jessica Parker. The film focuses on a 35-year-old man who lives in the home of his parents and shows no interest in leaving the comfortable life his parents, especially his mother, have made for him there. Just like Matthew in this movie,  why change when things are good and you can procrastinate; because it will take alot to find the next “perfect situation”?

Statistics show that procrastination has seen at least a 5-fold increase over the last couple of decades. In the 1970s, only about 4-5 percent of people indicated that they considered themselves as procrastinators. Today, that number is at a staggering 20-30 percent.

You can check out more procrastination facts here.

Perfectionism/Procrastination – needing to make something perfect before getting started.

I need to remind myself what Stephen Covey recommends in his book, Seven Habits of Highly Effective People, “do the big rocks” first and then fill in the “smaller rocks”, the details, later.

I had been thinking about becoming a Stampin’ Up! Demonstrator for years. I finally signed up in 2018. However, until last month, March 2020, I had written lists and thought up numerous approaches to get started. I had organized my supplies, created lists of people that I hoped to help with stamping and wrote descriptions of events that I hoped to have.

The problem, nothing happened except getting a sales award for products that I sold to myself…thank goodness, my husband found this “funny”! But he knows me…and knows eventually, I will do something with all this stuff!

So, I needed to LAUNCH!  Thanks to a free webinar, I found a structured framework with deadlines to do just that!  I signed up for a blogging/online business course, and after three weeks, I have made more progress than I have in the last three years.  I guess there is something to just getting started and learning from others’ experience.

1)      Actually, getting started and making progress, makes me feel better.  I had spent a lot of energy, had my gut tied in knots and all I needed to do was get started!  I needed to “do the thing” that wasn’t getting done.

2)      Taking things at face value and not making them more than they need to be is important.

Sometimes I set the bar too high! The difference between that and 85% of the goal is likely not as important to others and could result in getting more done. I just need to get started, sooner.

3)      When I get stuck, doing something that gets me fired up is likely the answer to getting unstuck.  For me that means: talking on the phone (I’m an extravert and time spent talking with others gives me energy) or getting some exercise and then using the energy/momentum to get work done!

4)      Finally, thinking that I will feel better about doing something tomorrow rather than today isn’t true! Plain and simple – “don’t put off to tomorrow, what you can and should do, today!

The book, Good to Great, has an important message – Don’t let perfect stand in the way of good enough!  So, if you want to spend time stamping – there is no time like today – DO IT!

Grab all your Stampin’ Up! goodies and let me know if you have any questions!

Check out the blog for Stamping Fun and Products and Techniques!

Host a party to earn rewards!

Don’t forget to shop with the Host Code: 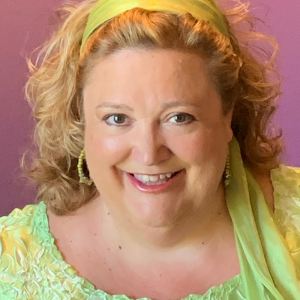 Welcome to Plum Crazy Stamping, a place where you can learn about stamping and how to fit creative fun into your life!

I’m an experienced Stamper with 25 years of enjoying creativity with paper, ink and stamps with people like you!